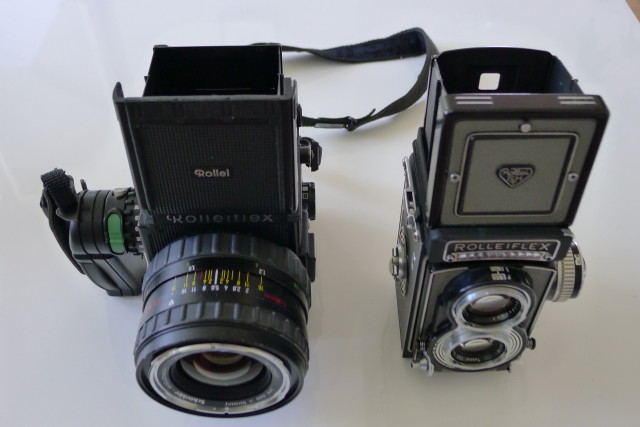 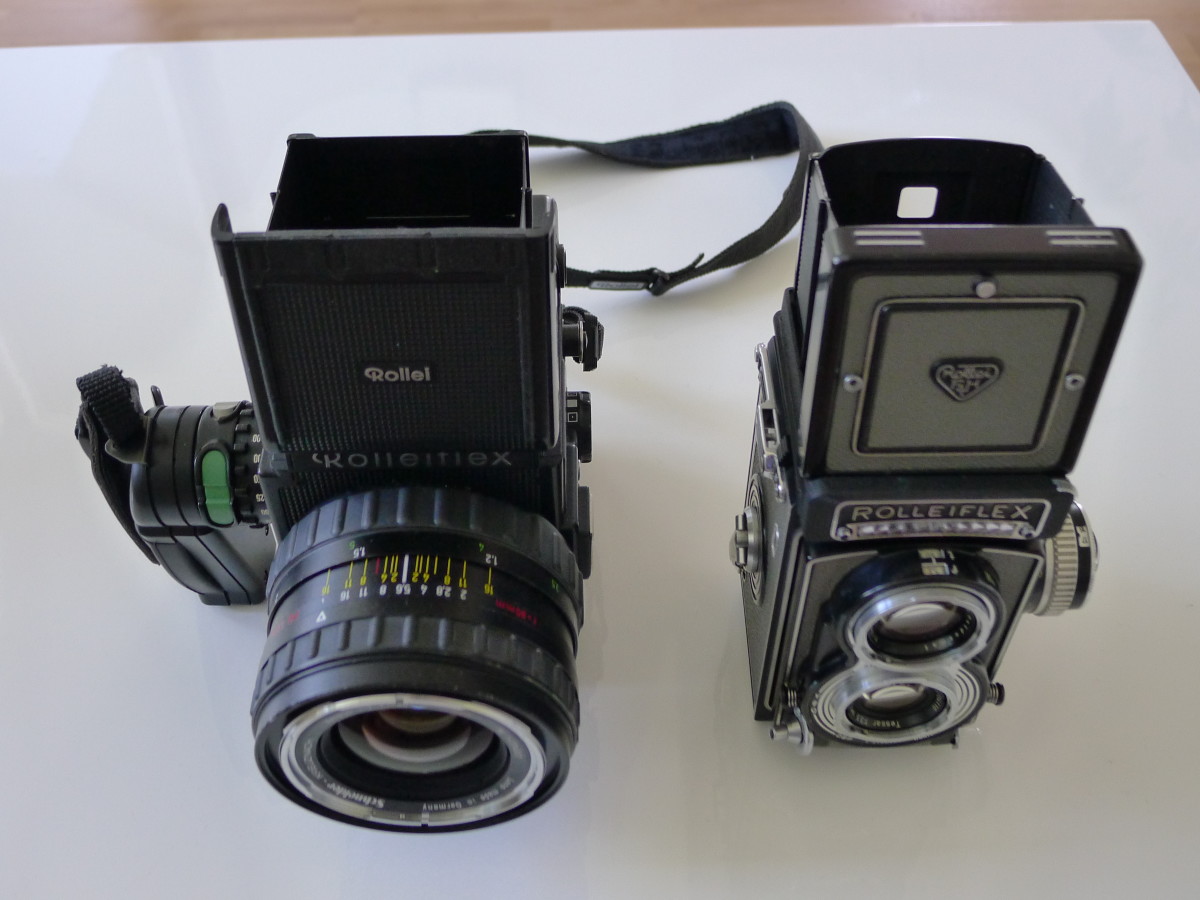 For more than 40 years  the old Rolleiflex (on the right) served me extraordinary well. Wrong. Too much one-sided emphasis. Better to say that we became trusted friends.

After some detours the Rolleiflex friendship and feeling surfaced again and I was taken in by the sturdy almost tank-like appearance of the Rolleiflex 6008 model.

Insiders seem to prefer this bulky machine, so recently I bought a second-hand one which I think was produced around 1995. The primary lens is a Schneider-Kreuznach Xenotar 80mm F 2-0.

Back to this longer waiting time of earlier days when development of the 120 film would take 3-5 days.